Public hearing for the relicensing of the Point Lepreau Generating Station

The Point Lepreau Nuclear Generating Station, owned by the New Brunswick Power Corporation (NB Power), is located approximately 40 km west of Saint John, NB on the shores of the Bay of Fundy. Point Lepreau has had one reactor in operation since 1983. NB Power also operates a nuclear waste management facility at the station.

With the operating licence set to expire on June 30, 2017, the Canadian Nuclear Safety Commission (CNSC) is considering an application from NB Power for a five-year renewal of its nuclear power reactor operating licence for the Point Lepreau Generating Station.

Hearing in the community

The upcoming proceedings are the second part of a two-part public hearing to consider NB Power’s relicensing request.

Part 1 of the hearing took place on January 26, 2017 in Ottawa, ON. The Commission heard presentations from CNSC staff and the licensee.

Part 2 will be held from May 9 to 11, 2017, in Saint John, NB. Ninety-five members of the public, Aboriginal groups and other stakeholders have submitted interventions for this hearing. Thirty-nine intervenors have been permitted to make oral presentations.

Watch the archived webcast of the January 26 hearing or watch the live hearing in May on nuclearsafety.gc.ca.

You can consult all key hearing documents by requesting them electronically.

These include submissions from CNSC staff, NB Power and intervenors.

A total of $108,462 was made available through the CNSC's Participant Funding Program to facilitate public participation in the relicensing process.

The CNSC has full-time staff onsite who perform inspections to evaluate operations and verify compliance with regulatory requirements and licence conditions.

Inspections conducted by CNSC staff during the current licence period did not identify any findings that posed a risk to human health and safety, or to the environment. You can find out more about the safety performance of Point Lepreau in the CNSC’s annual Regulatory oversight report for Canadian nuclear power plants.

CNSC staff conclude that NB Power will continue to operate Point Lepreau safely, maintain and implement adequate programs, fulfill regulatory commitments, and complete the planned improvements during the proposed licence period. Based on compliance verification activities and the detailed review of NB Power’s licence application, CNSC staff recommend that the Commission renew the Point Lepreau operating licence for a five-year period, from July 1, 2017 to June 30, 2022. 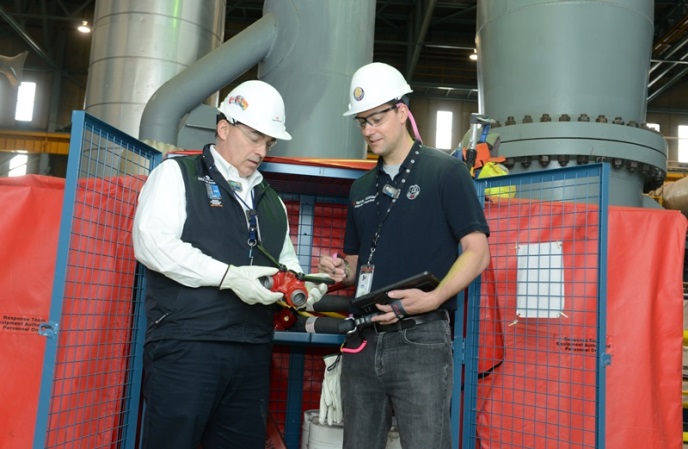