Exciting firsts for Canada and the Atomic Energy Control Board

Part 3 of a series on 70 years of nuclear safety in Canada: The AECB introduces new regulatory and safety features in light of new nuclear power reactor construction in Canada

In the 1960s and 1970s, while many of Canada’s youth may have focused on "flower power," the Atomic Energy Control Board (AECB) focused on power of a different nature – nuclear power. Those decades saw the establishment of several nuclear generating stations and a heavy increase in Canada’s nuclear regulatory body’s workload as it innovated regulatory requirements to ensure safety.

Canada’s first nuclear generating station was the Nuclear Power Demonstration (NPD) reactor built in Rolphton, ON. Although the reactor began producing power on June 4, 1962 the AECB had been involved in reactor safety issues long before NPD.

Where do you see the CNSC in 70 years?

“In 2086, the CNSC will continue to be the world’s best nuclear regulator, having led the world in adapting to an unprecedented period of change in the nuclear sphere.” – Terry Jamieson, Vice-President, CNSC Technical Support Branch 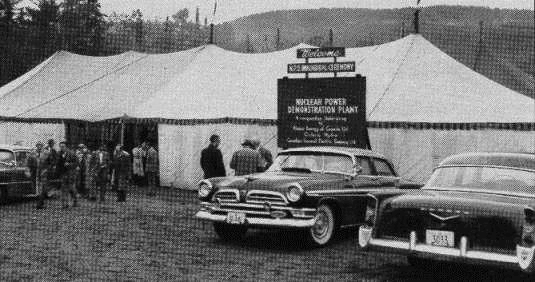 1956, the Board’s attention turned toward safety and regulation after McMaster University requested a reactor licence. The Hamilton, ON university planned on building a research reactor, as would many other universities in the near future. At the time, the AECB’s scientific advisory team consisted of one man; with requests for research reactors mounting and the NPD’s construction nearing completion, the AECB had to expand. The Board decided to create the Reactor Safety Advisory Committee (RSAC), chaired by Dr. G.C. Laurence. Separate RSACs were eventually created for Ontario, Quebec and New Brunswick. They included members from federal and provincial governments, health units, nuclear and technical experts, along with representatives from the AECB. 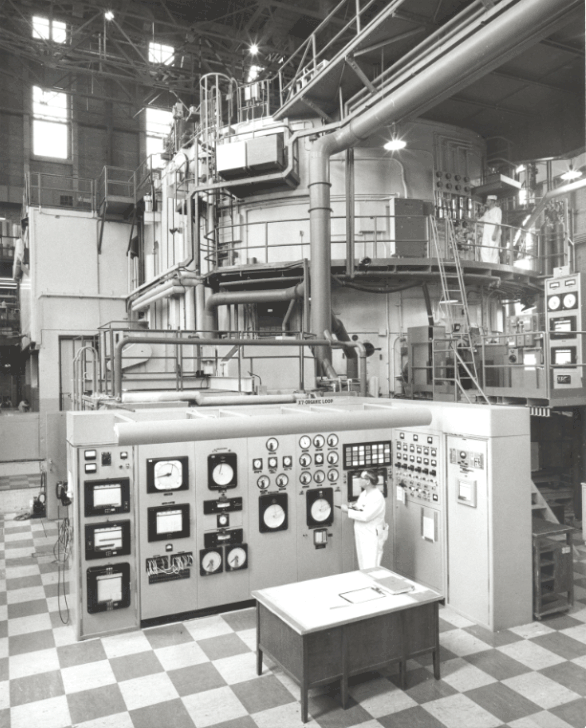 At the RSAC’s inaugural meeting, AECB President Dr. C.J. Mackenzie stated that "the duties of the committee were to consider the health and safety aspects of any reactor project and to submit recommendations thereon to the Board regarding licensing the construction and operation of such projects." (A History of the Atomic Energy Control Board)

Further meetings resulted in new requirements for operators to obtain Board approval for the construction and operation of a reactor. Previously, an operator would only need a permit to obtain and use nuclear fuel. These meetings also resulted in inspections of nuclear reactors to ensure health and safety decisions were being followed.

Safety was the RSAC’s highest concern. For this reason, the implications of an accident in 1952 at the NRX reactor at Chalk River, ON were seriously considered. A combination of operator error and partial equipment failures had caused the accident. One conclusion drawn from this accident was that it was the quality of the systems – not the quantity of the safety devices present in the reactor system – that mattered most.

Drawing from this lesson, the Board introduced a practice for the design phase of reactors, which required designers to provide assessments of safety systems, as well as frequent checks of the systems, so that calculations could be verified and weaknesses rectified. In this way, Canada’s nuclear regulator adopted the principle of defence in depth – layered security mechanisms used to increase the security of a system as a whole. Unique to Canada’s regulator, this approach emphasized the importance of independence of safety features as one of its safety.

By the mid-1970s, in Canada, construction had been completed for the NPD, Douglas Point, Gentilly-1 and Pickering Station A nuclear generating stations, and all were operational. Based on the AECB’s foresight and lessons learned, Canada’s regulatory body ensured that stringent regulation was in place to uphold Canadians’ health and safety.

Based on information from A History of the Atomic Energy Control Board by Gordon H.E. Sims, Ottawa, July 1980