Simply put, radiation is energy in the form of moving waves or streams of particles. This energy can be high-frequency, like X-rays or cosmic rays from outer space or low-frequency, like microwaves and radio waves. This range of energy makes up the electromagnetic spectrum and is divided into two main types of radiation: ionizing and non-ionizing.

Ionizing radiation is higher-energy radiation that is capable of removing electrons from atoms as it passes through matter (such as air, water or living tissue). Examples include alpha particles, gamma rays, X-rays and neutrons. 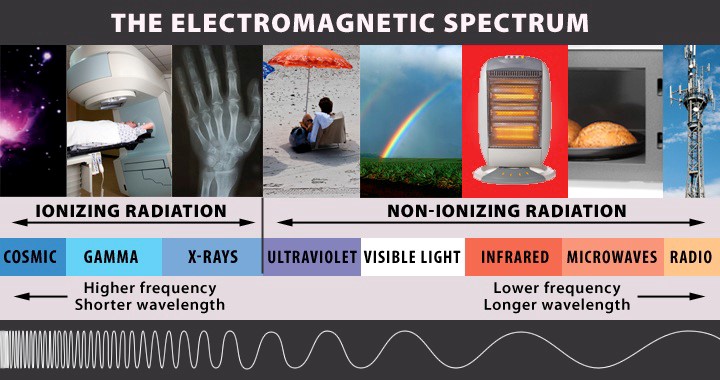 The health effects of radiation are well understood. Since the early 20th century, radiation’s effects have been studied in depth, in both the laboratory and among human populations. Because of the known health risks of radiation, it must be carefully used and strictly controlled. A balance must be struck between radiation’s societal benefits and the risks that radiation poses to people and the environment.

Generally speaking, a dose is the quantity we use when we talk about the potential health effects of radiation. An effective dose takes into account the type of radiation you’ve been exposed to and the organs in your body which have been exposed. It is expressed using the unit "sievert" or more commonly "millisievert" (mSv), which is 1,000 times smaller.

The CNSC sets radiation dose limits for nuclear energy workers and the public in Canada in order to keep radiation doses well below harmful levels to protect human health and safety. 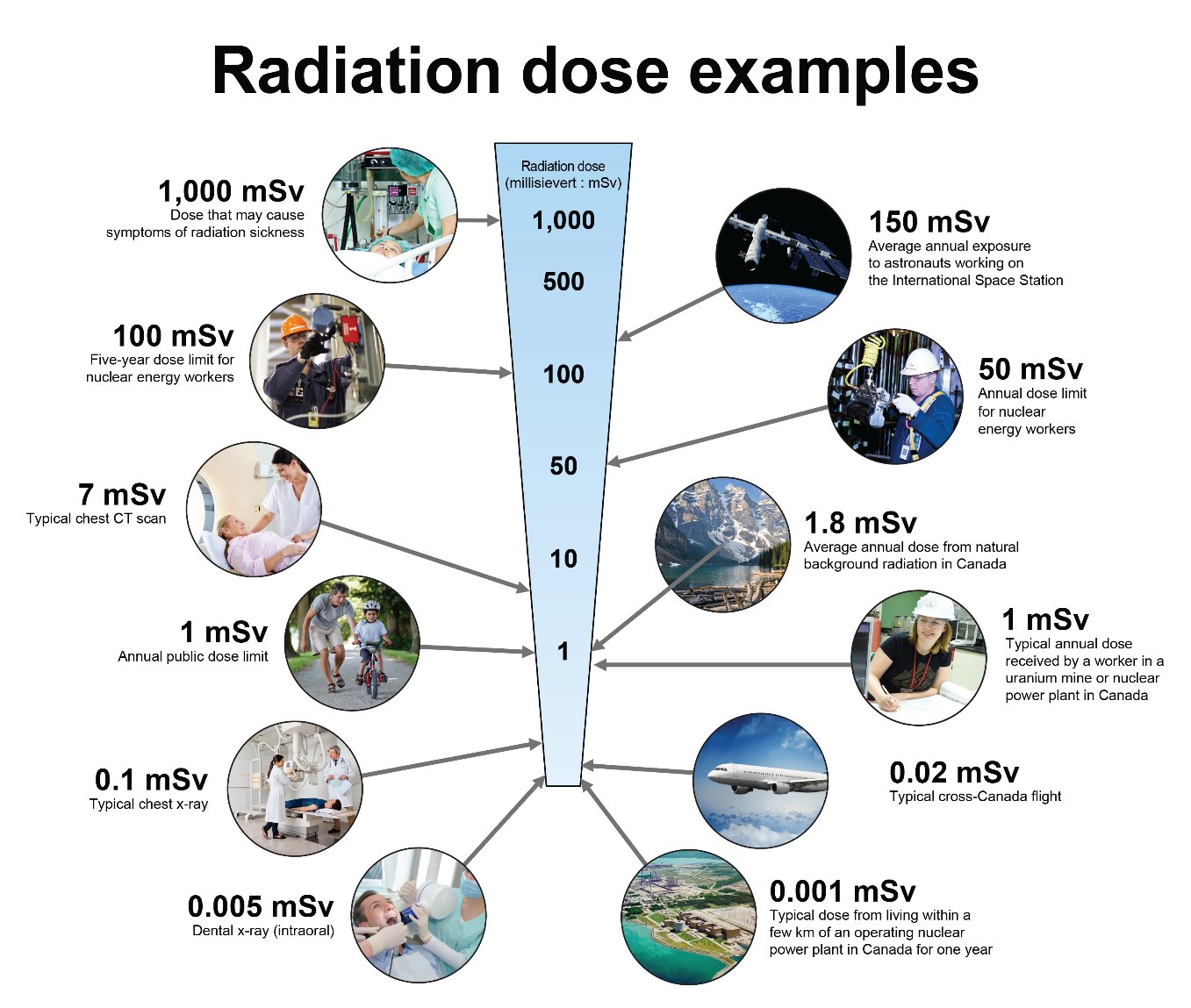